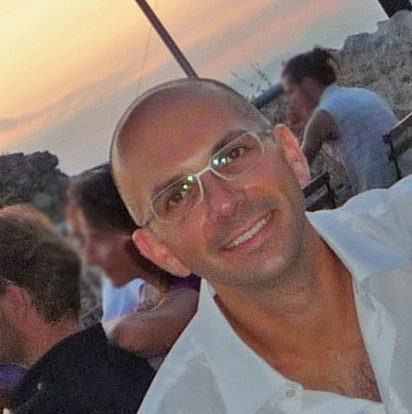 1.The Hip and Thigh Diet

Propounded by Rosemary Conley, this diet works on the principle of a very low fat diet with complex carbs and vegetables, together with exercises to reduce fat at hips and thighs.

Is based on a mostly vegetarian diet with lots of whole grains and pulses and little animal protein.

Rediscovered by Dr. Adamo, this diet has references in Ayurveda and Chinese medicine.

Cons-Indians, especially vegetarians, do not get a very wide choice regarding food.

Ayurveda says that each person is made up of a unique body constitution - Vata, Pitta and Kapha. Any imbalance may lead to disease. So a diet that maintains the required balance is suggested after checking a person's constitution. Such a diet is effective if followed under guidance of an Ayurvedic practitioner.

The underlying principle of this regimen is that by restricting carbohydrates drastically to a mere fraction, the body will go into a different metabolic state called ketosis, whereby it burns its own fat for fuel. Normally the body burns carbohydrates for fuel - this is the main source of fuel for our brain, heart and many other organs. A person in ketosis is getting energy from ketones, little carbon fragments that are the fuel created by the breakdown of fat stores. When the body is in ketosis, we tend to feel less hungry, and are thereby likely to eat less than we might otherwise.

However, ketosis can also cause health problems, such as kidney failure. These diets have other problems too.

Health Risks of Such Diets

High-protein diets can cause a number of health problems, including:

Kidney failure: Consuming too much protein puts a strain on the kidneys, which can make a person susceptible to kidney disease.

High cholesterol: It is well known that high-protein diets (consisting of red meat, whole dairy products, and other high-fat foods) are linked to high cholesterol. Studies have linked high-cholesterol levels to an increased risk of developing heart disease and cancer.

Cancer: One of the reasons high-protein diets increase the risks of certain health problems is because of the avoidance of carbohydrate-containing foods and the vitamins, minerals, fibre and antioxidants they contain. It is therefore important to obtain your protein from a diet rich in whole grains, fruits and vegetables. Not only are your needs for protein being met, but you are also helping reduce your risk of developing cancer.

Unhealthy metabolic State (ketosis): Low­ carbohydrate diets can cause your body to go into a dangerous metabolic state called ketosis, since your body bums fat instead of glucose for energy. During ketosis, the body forms substances known as ketones, which can cause organs to fail and result in gout, kidney stones, or kidney failure. Ketones can also dull a person's appetite, cause nausea and bad breath. Eating at least 100 grams of carbohydrates a day prevents ketosis.

Validity of the Diet

This theory of weight loss remains unproven, and most experts are concerned that high-protein, low-carbohydrate diets can cause a host of problems, particularly for a large segment of the population that is at risk for heart disease. What's more, the plan doesn't permit a high intake of fruits and vegetables, recommended by m0st nutrition experts because of the numerous documented health benefits from these foods.

The experts say to achieve permanent weight loss you must change your lifestyle. This means following a lower-calorie diet that includes grains, legumes, fruits and vegetables combined with participating in regular physical activity.

Before starting this or any diet, be sure to talk to your doctor and determine what approach is right for you. Both types of diets carry some degree of risk, but the ones that have drawn the most fire are high-protein diets that advise eating a lot of dairy products and unlimited quantities of red meat loaded with saturated fats.

According to the American Heart Association, diets high in both protein and fat can do serious harm to your health. Not only do they raise your risk of heart disease, but increase the likelihood that you'll develop diabetes, kidney disorders, and other serious illnesses.

You may be able to lose weight temporarily on these diets, but it's difficult to maintain this kind of diet and the resulting weight loss for long periods, critics say. Because there are no long-term studies of hieh-protein diets, doctors don't know how long you have to be on one to run health risks. However, at least one small study suggests that your cholesterol can rise to unhealthy levels on the Atkins' diet in as little as three months, according to the journal Circulation.

On high-protein, high-fat diets, the potential risks for atherosclerosis (clogging of the arteries) can overshadow the short-term benefits of weight loss, according to a study published in the October 2000 issue of the Journal of the American College of Nutrition.

These plans claim to shave pounds by making your body bum fat. That process is jump-started by eliminating all or most carbohydrates, the foods your body uses to make sugar to feed cells. In most of these diets, protein makes up about 25 to 30 per cent of the day's meals - more than twice the amount of protein that non-dieters eat. The health hazards lie in what kind of protein you eat, doctors say.

But are low-carbohydrate diets safe? Some say they are not. Opponents of the philosophy claim they can cause some of the following problems:

In their defence, supporters of the diet claim that side effects like diarrhoea, constipation and headaches are nothing more than the body readjusting to a "proper" diet after years of carbohydrate abuse, and that cholesterol and circulatory problems are avoidable if the diet is followed correctly.

Many bodybuilders claim that such diets provide great results because they leave plenty of room for protein intake. Furthermore, low-carbohydrate diets stabilise blood sugar levels - this is especially useful for diabetics. People suffering from hyper-insulinism have no choice but to follow a low-carbohydrate diet.

We have seen earlier that fat as a food item is the main constituent of body weight. It is critical to understand why fat is considered the main culprit in weight gain. Fat stores the maximum amount of energy per gram (9 Kcals). Therefore, whenever the body has excess energy it converts this into fat, which it can store easily and use when needed.

Many weight loss practitioners adopt a low-fat regimen. Though there has been no clear link between the success of consuming extremely low-fat diets and effective weight loss, yet it is a proven fact that high-fat content is one of the main reasons for weight gain. We ave already discussed the difference between good and bad fat. Therefore, it is not just the quantity but also the quality of fat that matters. Research shows that low fat can be harmful for the body.

According to research conducted at Lawrence Berkeley National Laboratory (California), in most people, genetic programming directs the body to respond to drops in total dietary fat by repackaging fatty particles called lipids. In general, these changes tend to increase the risk of cardiovascular disease, notes Ronald M Krauss, who led the research.

In a couple of earlier studies, his team directed 238 healthy men to spend periods of three to six weeks eating each of two diets: one deriving at least 40 percent of its calories from fats, and the other with just 20 to 24 per cent fat. While on the high-fat diet, one-quarter of the volunteers exhibited a worrisome blood-lipid profile. Their cholesterol shuttling, low-density lipoproteins (LDLs) - the so-called bad lipoproteins - were unusually small and dense. Such small LDLs have been linked to an especially high risk of heart disease.

Even more troubling, when the men with normal-size LDLs ate the low-fat diet, a third of them began making the small, dense LDLs. With this change came an increase in blood concentrations of triglycerides, another heart disease high-risk factor, and a drop in the cholesterol exiting their blood via high-density lipoproteins (HDLs), the good lipoproteins.

I don't recommend an extremely low-fat diet because ideally a balanced diet should derive at least 20 percent of its energy from fats. I am a propounder of natural weight loss and not erratic weight loss. I recommend what I call a moderate fat regimen. Unsaturated fats should form a minimum of 50-90 percent of your fat intake. Typically, Indian cuisine has at least three times more fat than required by our body, so right from day one I recommend cutting down fat consumption by half. Have baked/boiled and raw food items rather than frying them. It is a myth that low-fat food is not tasty.